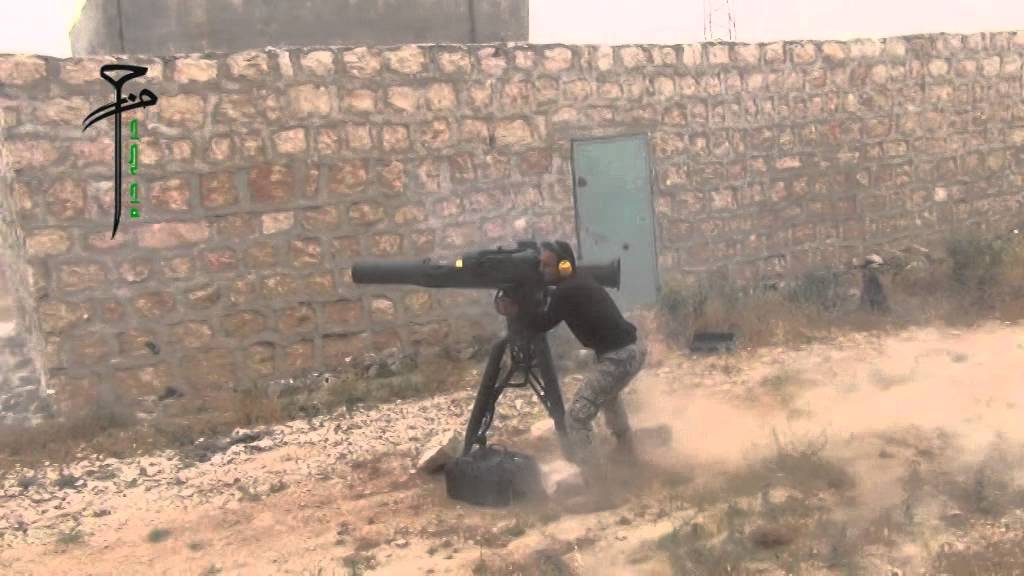 Nine factions are now confirmed to have the weapons. The US Government has confirmed if it sent the missiles, although American officials in the region have said they support the deliveries.

All the groups are “moderate” in Washington’s eyes. Most are linked to the Free Syrian Army and the Supreme Military Council.

A group, which broke from the Syrian Revolutionary Front in early 2014, that fights in both Idlib and Aleppo Provinces. The first group seen with the TOWs, it was then promoted in a long article in The Washington Post.

Harakat Hazm with a TOW near Sheikh Najjar, east of Aleppo, during a regime offensive in early May:

Linked to the Free Syrian Army, the group fights in the Qalamoun region between Lebanon and Damascus. 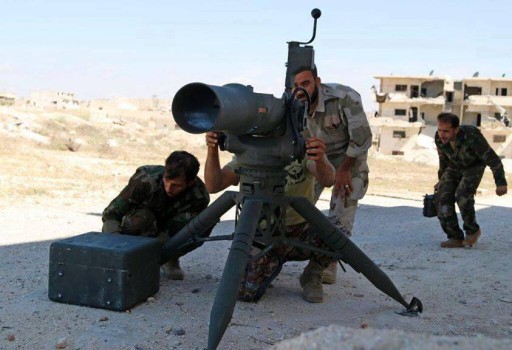 4. The Al-Omari Brigades of the Syrian Revolutionary Brigade

The Front is based in northwest Syria. Led by the controversial Jamal Maarouf, it has been pursuing a high-profile PR campaign for American support. It could be in conflict with Harakat Hazm, the first group to receive TOW missiles, after the group broke away from the Front in January.

See Washington’s Favorite Insurgent Maarouf “I Am Not a Thief”

A long-established group fighting in Daraa Province in southern Syria, the Brigades are nominally under the supervision of the Free Syrian Army.

The Brigade fights in the Lattakia countryside in western Syria. Its fighters were trained, and may have been vetted, in Qatar.

The brigade is a Free Syrian faction that fights in Idlib Province and is funded by Qatar.

A Free Syrian Army faction that fights in Idlib, the group possesses three TOW missiles that have not yet been used in combat.

The group, trained in Qatar, has nine TOW missiles.