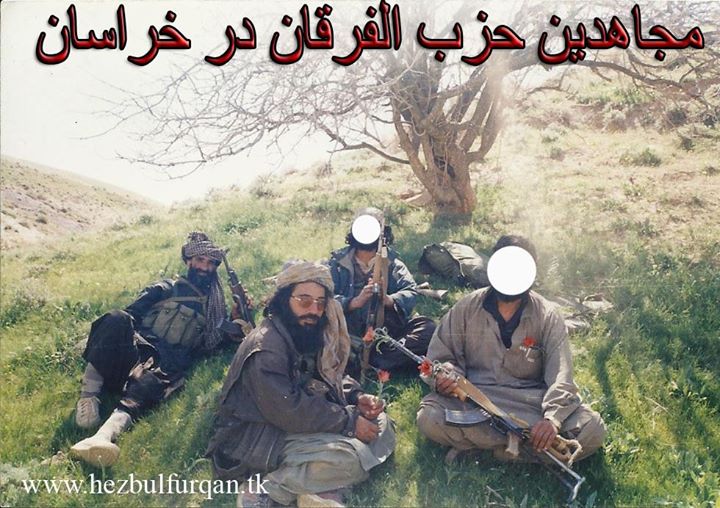 Sunni Baloch insurgent group Harakat Ansar Iran, active in Iran’s predominantly Sunni province of Sistan va Baluchestan since 2012, have hailed their merger with another local Sunni group, Hizbul-Furqan, as a move that will strengthen their fight against Tehran’s authorities.

The group has said that following the merger, it will be known as Ansar al-Furqan.

A Twitter account associated with the group, likely run by activists from the Al Farooq media group outside Iran, said the merger would strengthen HAI’s “front against the Safavids” — a term Sunni jihadis have used to describe Iran, referring to the ruling dynasty of Persian after the Islamic conquest, who introduced Twelver Shiism.

A tweet in English announcing the merger earlier this month:

Glad tidings to the Muslim ummah of the merging of 2 #Mujahideen groups in #Iran: Harkat Al-Ansar & Hizbul Furqan pic.twitter.com/Bseg3lVFXW

HAI have carried out a number of attacks against Iranian security forces in Sistan va Baluchestan, the largest of which was a suicide attack in the port town of Chabahar in October 2012. HAI said the bombing, named “Operation Ra’ad”, targeted Islamic Revoutionary Guards Corps and Basij members from the Qods Karman and Sepah Salman Zahedan-21 brigades.

However, the decision to merge with Hizbul-Furqan (HUF) comes amid a lull in HAI’s activity. Meanwhile that of Sistan va Baluchestan’s second Sunni Baloch insurgent group, Jaish ul-Adl (JUA), has increased, with the group carrying out several car bombing attacks against IRGC personnel in the Iran-Pakistan border region.

One reason for the decrease in HAI’s activity is likely that some of the group’s members were targeted and captured by Iranian security forces in Sistan va Baluchestan.

BEFORE THE MERGER, A NEW BRAND IDENTITY FOR HAI

Even before the announcement that it was merging with HUF, HAI announced on its social media outlets that it was adopting a new name and a new banner. It is notable that these reflect symbols connected with the transnational jihadist movement, rather than HAI’s local ethno-religious cause in Sistan va Baluchestan.

The new name, Harakat al-Ansar, is in Arabic rather than the Persian Harakat-e Ansar-e Iran, dropping “Iran” entirely. The group’s flag is the black and white jihadist flag. 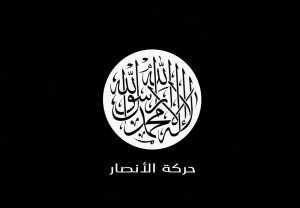 The new name and banner reflect an important trend in Sistan va Baluchestan’s Sunni Baloch insurgent movements. Although HAI has remained a local group with its ethno-religious grievances, its cause has been co-opted by proponents of transnational jihad, and the group has handed over their media activity to an outside organization, Al Farooq Media. While HAI originally blogged its messages in Persian, and talked about local issues, Al Farooq have disseminated messages mostly in Arabic.

The main reason for the change, apart from being ideological, is fund-raising. Al Farooq has used its social media presence to ask followers for financial support for HAI’s cause.

Like HAI and JUA, Hizbul-Furqan (HUF) also maintain a network of blogs and websites including a Facebook page.

The group uses this image, which includes the colors of the Iranian flag, as its logo:

The group has also published images of small groups of fighters: 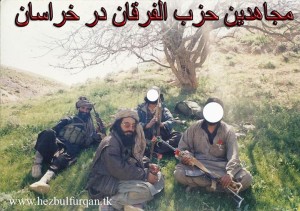 The group put out a message on their main blog — again, in Arabic rather than in Persian — announcing the merger with HAI. The message explains the union partly out of local motives but mostly from a jihadist perspective:

Under the banner There is no god but Allah and Muhammad is the Messenger of Allah and Jihad for the sake of Allah to overthrow the Iranian regime, and uphold the word of God, and lift injustice, and support the oppressed, and to establish the law of Allah, and jihad to be a building block for the return of the Caliphate

Although this Arabic announcement is clearly intended for an audience outside Sistan va Baluchestan, HUF’s main communications have been in Persian and intended for a domestic audience. A Persian blog post places the Sunni struggle in Iran into a wider context with quotes from the Quran, and says that the late Ayatollah Khomeini and “his henchmen” have distorted Islam and created a dictatorship.

Iranian media, particularly State media or media linked to the IRGC, have been somewhat reticent in reporting on the Sunni Baloch groups — doing so is an admission that an insurgency, i.e. opposition to the Tehran regime, exists.

However, there have been some mentions of HUF, linking the group to the Sunni Baloch insurgent movement and to terror attacks in Sistan va Baluchestan, notably the January 2012 assassination of Molawi Jangi Zehi, the Friday prayers leader of Rask, who was killed on the Chabahar-Sarbaz road.

A report in the IRGC’s Gerdab from April 2012 says that Abdoljalil Ghanbar Zehi, the “terrorist leader” of the Hizbul-Furqan party was killed by Iranian security forces, alongside his second-in-command, Molavi Salahudin, also known as Hamza Mollazehi. Zehi was the “ringleader responsible for numerous bombings and…importing weapons to Iran to carry out terrorist operations in Pakistan’s border areas”.

According to Gerdab, HUF was formed in 1978, when it declared its aim of wanting to destroy the Islamic Republic. Gerdab says that HUF is a “Wahhabist” organization that worked alongside Jund’ullah and was supported by other countries in the region — standard accusations by Iran against Sunni insurgent groups.

Gerdab posted a claimed image of one of the men killed by Iranian forces: 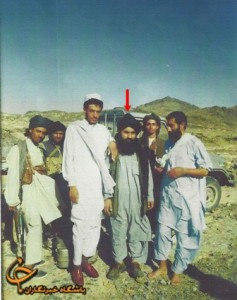 The outlet Habilian goes further, listing a series of allegations of attacks and crimes by HUF, including a joint attack with Jund’ullah in Chabahar in Sistan va Baluchestan.

A pro-insurgency blog post includes a statement from HUF in Persian regarding the killing of the two men, describing them as “Sunni Mujahideen” and saying that HUF is a Sunni response to the “tyrannical regime” in Iran.

However, it appears that HUF is a small group, which has not been involved in attacks for almost two years and which has had its leaders caught and killed by Iranian security forces. The question now is whether the merger with HAI will lead to increased activity for the new faction, with renewed attacks against Iranian targets.