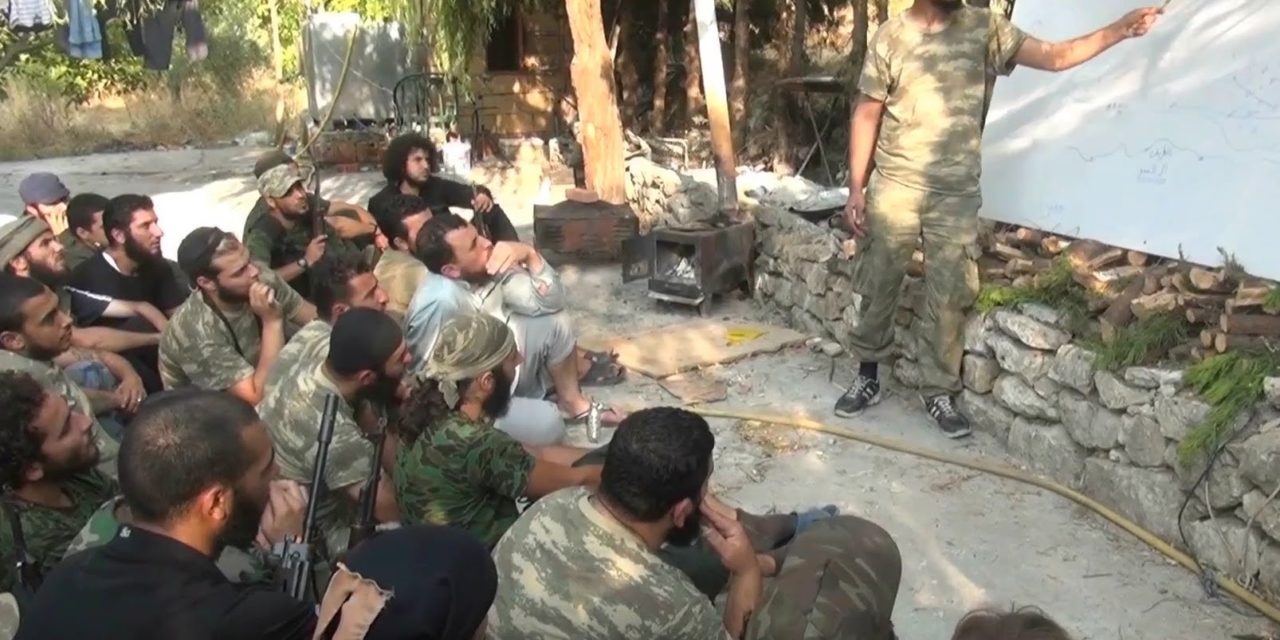 A report by Human Rights Watch on Friday accuses five Islamist factions of executing and kidnapping civilians during an August offensive against Alawite villages in the Latakia countryside. The report makes a general accusation of complicity by all 20 groups, including the Supreme Military Council and brigades of the Free Syrian Army, in the offensive — even though it acknowledges that most of them were probably not in the villages where the killings took place.

However, examination of the report — while supporting its general claim of the deaths and abduction of unarmed civilians — raises questions about its attribution of responsibility and its sources.

HRW says that the Islamic State of Iraq and Ash Sham, the Chechen-led Jaish al-Muhajireen wal-Ansar, Jabhat al-Nusra, Ahrar al-Sham and Suqour al-Izz were present in the villages during clashes on August 4, the day that most of the abuses took place.

HRW also note that a group of women and children taken hostage by Jaish fighters are still missing, “In a number of cases, on August 4 opposition forces killed adult male villagers and held their female relatives and children hostage. According to opposition sources, they are still holding over 200 civilian hostages at this writing. Several residents from Latakia countryside told Human Rights Watch that they saw their relatives in the background of a video published on YouTube on September 7 in which civilians from the area being held hostage by Abu Suhaib, the Libyan local leader of Jaish al-Muhajireen wal-Ansar, are shown.”

The original video to which HRW refers has since been removed from YouTube, including a Russian-subtitled version that was widely distributed among Russian-language pro-jihad sites. The footage is preserved because it was copied and included in other reports, including this one:

Weaknesses of the Report

While HRW document in detail the killings and hostage-takings that took place, the report fails to determine definitively which particular groups or factions within these groups were responsible for killing civilians.

Specifically, the report fails to distinguish between attacks carried out by ISIS/ Jaish and the offensive carried out by Free Syrian Army brigades, instead using the blanket term “armed opposition groups” to refer to those responsible for the killings. The report conflates the FSA’s “Operation to Liberate the Coast” with the offensives by Islamist factions — even though the Islamist factions operated independently rather than in conjunction with the FSA.

The HRW report takes information and eyewitness testimony from local residents in the villages to document the circumstances of civilian deaths. However, the report is problematic because it relies heavily on information from a regime Military Intelligence officer, as well as regime military personnel, the police, National Defense Force members, and regime media outlets.

In contrast, HRW do not appear to have obtained responses or information from the Supreme Military Council to ascertain the movement of FSA brigades in relation to the Islamist groups accused of perpetrating the mass killings of civilians.

The report goes on to document the execution by Jabhat al-Nusra of Sheikh Bader Ghazzal, the head of Barouda village and a relative of the prominent Alawite figure Fadl Ghazzal, an advisor to late Syrian president Hafez al-Assad, noting that Sham al-Islam abducted Ghazzal apparently on August 4, and handed him over to Jabhat al-Nusra.

Both ISIS and Jaish al-Mujahireen wal-Ansar presented their presence in the Latakia offensive as being separate from that of the FSA and as a sectarian fight.

Kavkaz Center, a Russian pro-jihadist site that follows Jaish reported on August 10 that, “The Mujahideen of the Islamic State of Iraq and Sham (ISIS) continue their advance on the stronghold of Alawites in Latakia… About 300 Alawite militants were eliminated….It is to be recalled that the KC special correspondent in Syria reported in May citing local sources that the massacre in Baniyas (800 people, including hundreds of children killed) and in Quseir (200 people, including dozens of children killed) perpetrated by Alawites and Iranian Shiites, had been organized to drive Muslims from the region in order to create an Alawite state.”

On August 11, Kavkaz Center reports again on the fighting, and again portrays the offensive as ISIS-led,

“The coastal Latakia province is the stronghold of tyrant Assad’s Alawite minority and has remained relatively immune to the Syrian Jihad. However, Mujahideen have captured about 10 Alawite villages in the mountainous Jabal al-Akrad area of the province.

The Mujahideen now control areas in Latakia’s countryside. However, they have not yet been able to advance to the coast.

The Alawite government has hit back, sparking fierce fighting that has left dozens dead on both sides.”

The HRW report illustrates the dangers of conflating the various factions of the insurgency under the heading “armed opposition groups”.

Coincidentally, that conflation is a tactic of the regime who seek to portray the insurgency as extremist-led, largely foreign fighters rather than an extension of the indigenous protest movement that took up arms after Assad’s forces used violence to quash it from March 2011.