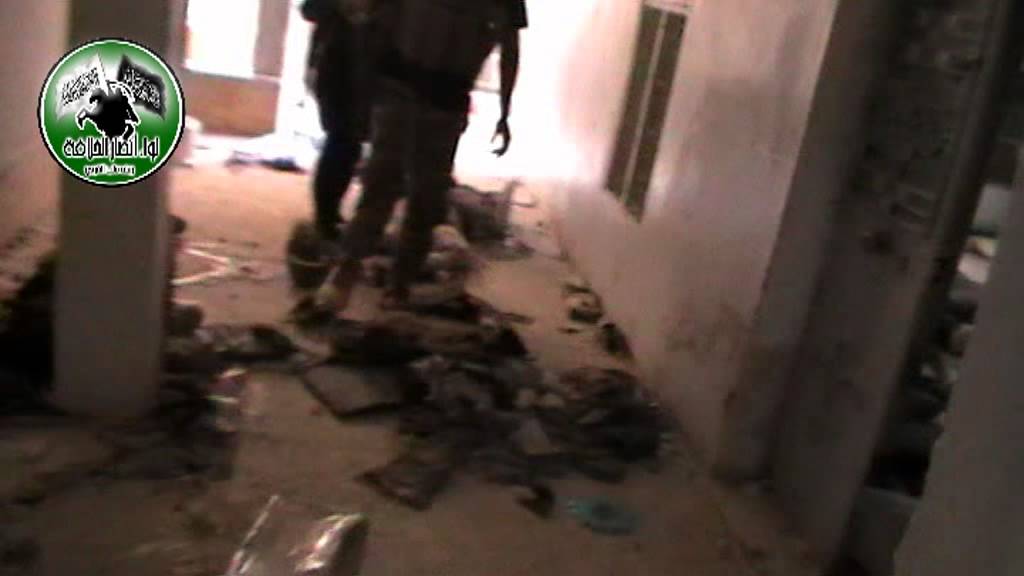 Did insurgents kill and abuse pro-regime fighters after the capture of a key village this week?

This week, after insurgents captured the strategic village of Khan al-Assal near, both Syrian State media and a British-based activist group accused the opposition of carrying out a mass killing of pro-Assad forces.

WARNING: Graphic Images in This Feature

The Syrian Observatory for Human Rights claimed that “at least” 150 regime forces died in the battle for Khan al-Asal. Of these, “at least 50” were executed by insurgents after the town fell.

SOHR further asserted that 30 of those executed were regime officers — though it did not establish how it knew this.

Meanwhile, State news agency SANA slammed the killings as “genocide”, reporting that civilians were also among those slain:

Gang of the so-called Ansar al-Khilafa Brigade admitted committing the terrorist massacre in Khan al-Assal in Aleppo, mutilate the bodies of the martyrs and threw them in a big hole on the town’s suburb, setting fire in a number of other bodies.

Video of dozens of dead pro-regime fighters, referred to as “dogs”. In some cases, the bodies are mutilated.

We cannot confirm how many people were killed by insurgents nor whether civilians were among the dead. However, video footage — posted by the Ansar al-Khalifa Brigade’s channel over the past several days — offers evidence, often harrowing, for the claims of abuse and execution during and after the storming of Khan al-Assal on Monday.

Some footage shows insurgents holding captives — allegedly pro-Assad militiamen — while taunting and beating them. Other videos show piles of corpses, including of very young men. Some appear to be mutilated.

An EA correspondent with excellent sources inside Syria offers this context:

I have no particular knowledge of procedures after this particular battle, but the usual procedure with respect to prisoners of war is that troops who have no blood on their hands usually get released homewards.

Shabiha [pro-regime militia] are not considered POWs when caught alive, but even those get a field trial by most brigades.

In this short clip, insurgents loot the corpse of a pro-Assad fighter, named as a “shabiha [militiaman] from Iraq”, and say they have found Iraqi banknotes in the dead man’s pockets:

In an extremely graphic video, the corpses of a number of men — some appear to be young teens — are named as pro-Assad fighters. Some of the bodies are piled up and appear to be mutilated. The caption to the video claims theywere killed in retaliation for regime attacks on Homs and Baniyas.

Footage taken inside Khan al-Asal shows several insurgents — one of whom appears to be a teenage boy — dragging a young man, identified as a pro-Assad fighter and a prisoner, into a building. The man is beaten and then interrogated on camera. His eventual fate is unclear.

Footage posted earlier this week on EA showed insurgents holding pro-Assad fighters — or those deemed to be pro-Assad — on a bus. Most appeared injured and scared, but there was no specific evidence of abuse beyond taunting.

The recent videos from the Ansar al-Khalifa channel go beyond this. The brigade’s fighters attack farms around Khan al-Assal belonging to pro-Assad militias. A group of insurgents interrogate a man, as shots are heard nearby. The captive is cowering, a cut on his throat, with an insurgent holding a large knife next to him:

Other footage from the channel focuses on the battle for the village: In “The Ansar al-Khilafa Brigade Send Gifts To Bashar And His Shabiha In Khan Al-Assal”, a truck is loaded with what appear to be home-made petrol bombs and Molotov cocktails. Some of the bombs have pictures of President Assad stuck to them:

Several videos taken prior to the capture of Khan al-Assal show insurgents attacking the village from the countryside before storming it. Fighters used captured tanks to fire on regime targets:

Insurgent capture a regime tank before the takeover of the village:

There are more videos of fierce clashes between insurgents and Assad’s forces inside Khan al-Assal. In this footage, insurgents — many of whom appear to be well-equipped with flak jackets as well as weapons — are firing on “shabiha” targets: